Have some leftover dinner bread in the house? A savory spinach artichoke bread pudding is a great way to use that up! Some milk, some eggs, vegetables, and cheese mixed with the bread will give you a great side dish. This isn’t a quick dish, but it’s easy to assemble and can be made ahead to be baked later. 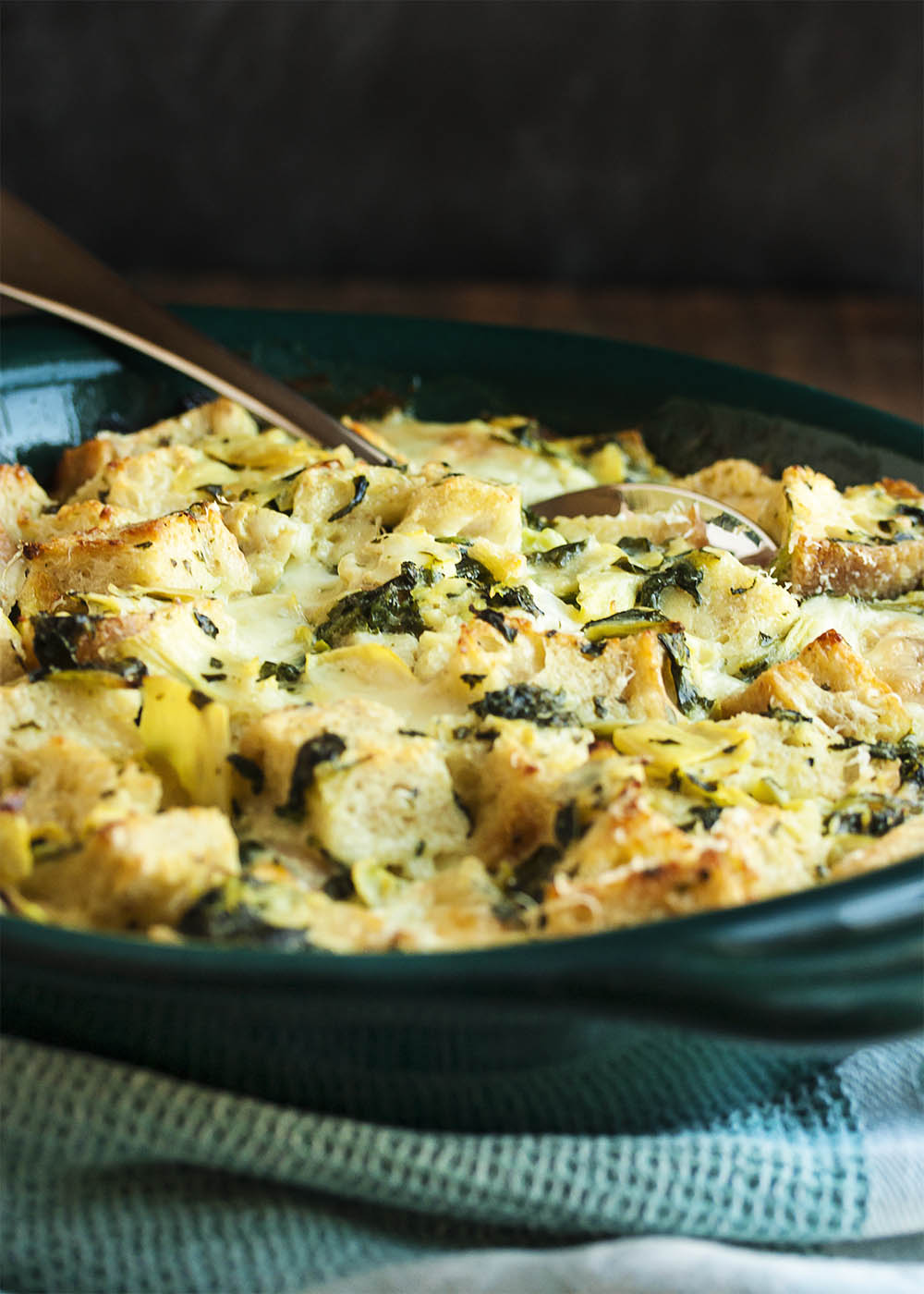 Recently I had some leftover dinner bread in the house and was thinking of what to make with it.

A wintery bread salad? Some bruschetta? Ribollita (Italian Bread Soup)? All good choices, but I decided I was in the mood for bread pudding. Since it was a rosemary bread, a sweet bread pudding wasn’t going to work for me.

The first time I used mozzarella, since it was what was in the fridge, but that was a little bland. All the other flavors were tasty, but the cheese wasn’t bringing it. When I made it again my husband suggested brie, and that worked! One more time for photos, and here we are.

Okay, stuffing, like my awesome Sausage Bread Stuffing, doesn’t usually contain milk, but rather stock of some sort. However, bread + eggs + mix-ins + liquid all baked together in the oven and we are talking something pretty similar. Something that is not just for Thanksgiving and other holidays! 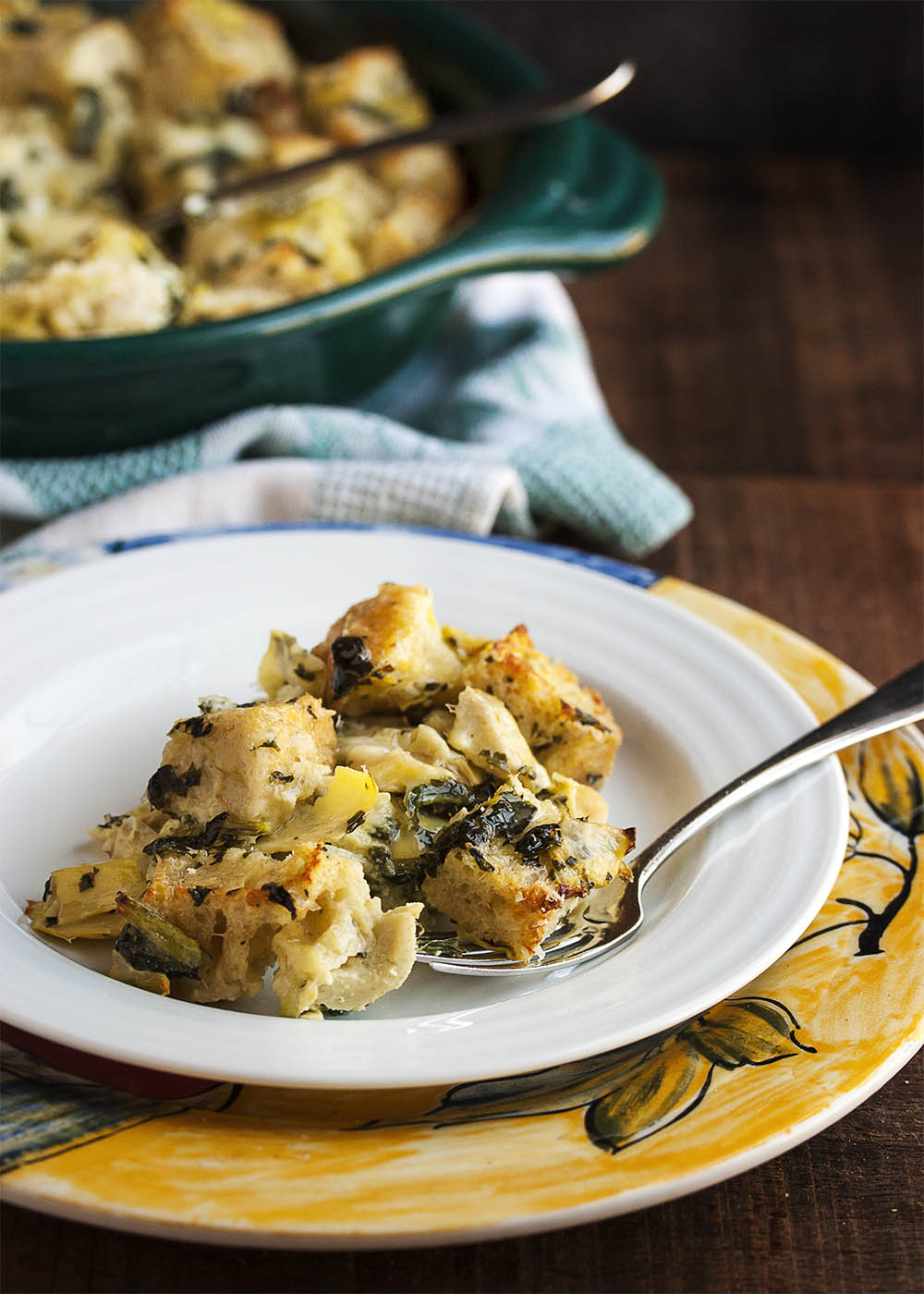 While the flavors were inspired by spinach artichoke dip, don’t expect quite the creamy, gooeyness of that dip.

This is a bread pudding and the bread is going to absorb the liquid. If it doesn’t, you end up with a soggy mess. Not good! That means you do need to balance the ingredients and not add too much liquid. However, you do get the lovely flavors of the brie along with the spinach and the artichoke and the top layer of bread gets all golden brown and crispy. 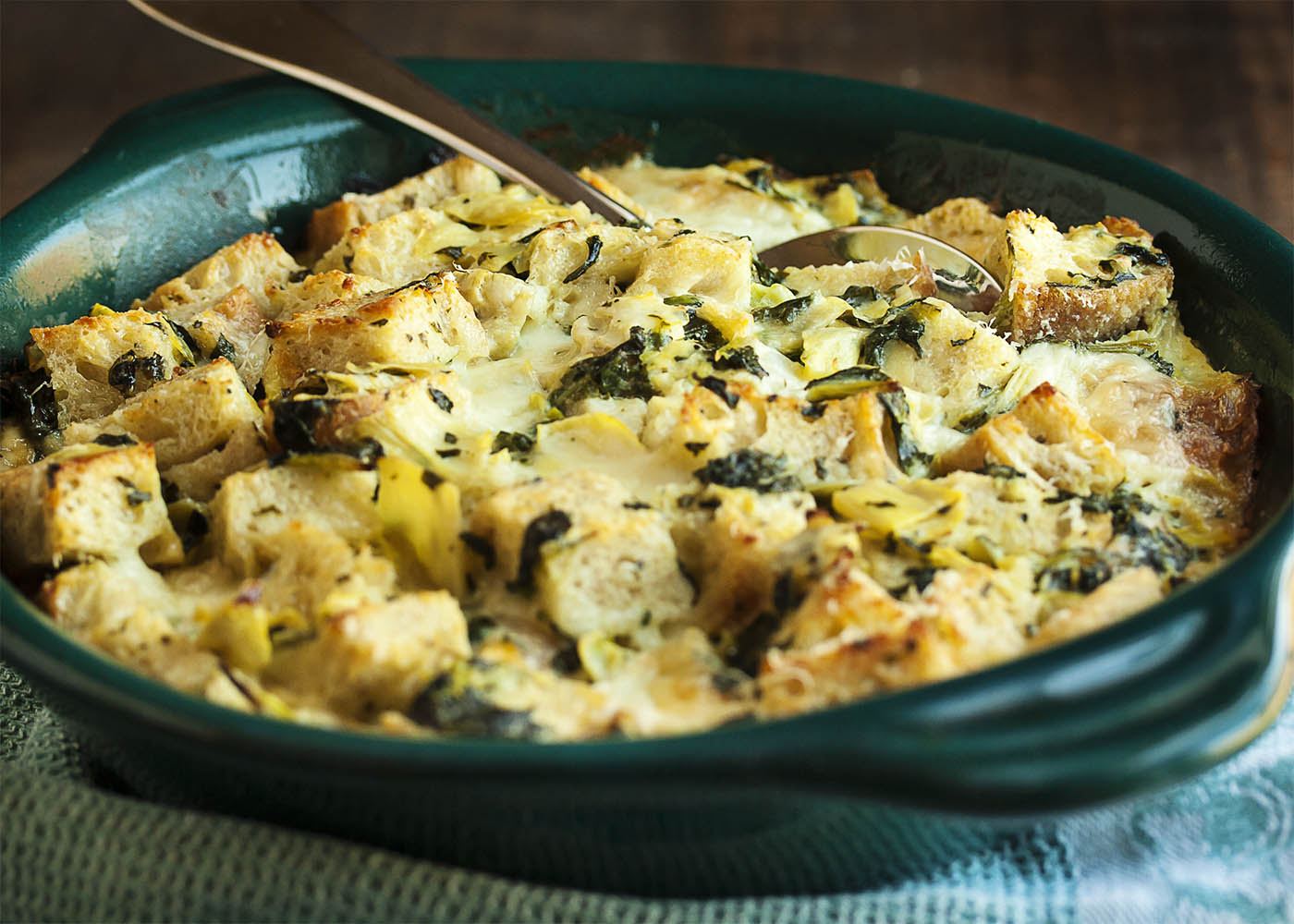 If you try my recipe for Spinach Artichoke Bread Pudding, I would love to hear from you in the comments with your experience and rating! And I’m happy to answer any questions you might have.

You can connect with me by subscribing to my emails (see the form in the sidebar or below the recipe card), liking my FACEBOOK page, or by following me on PINTEREST. 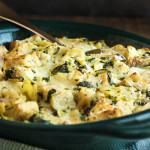 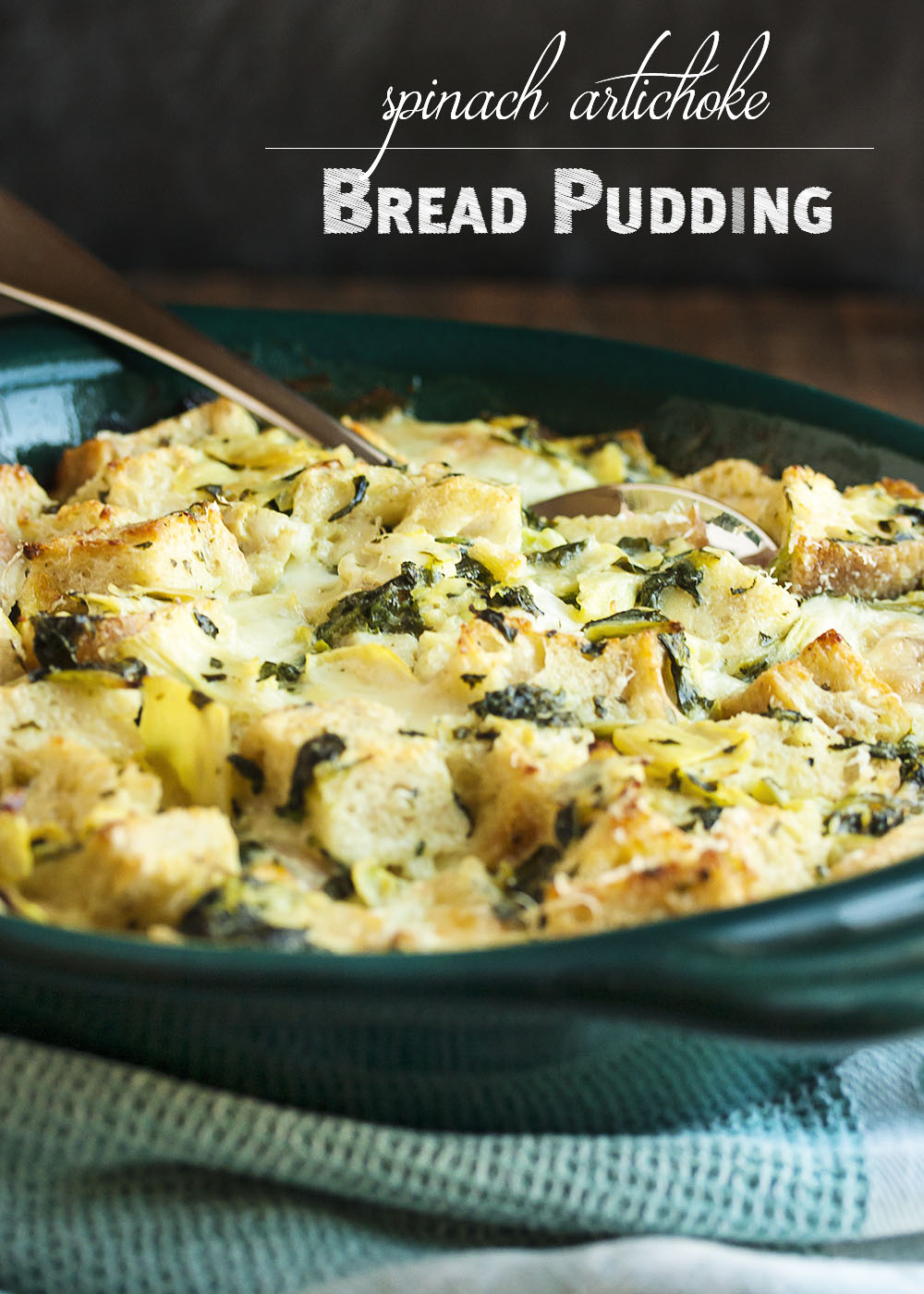 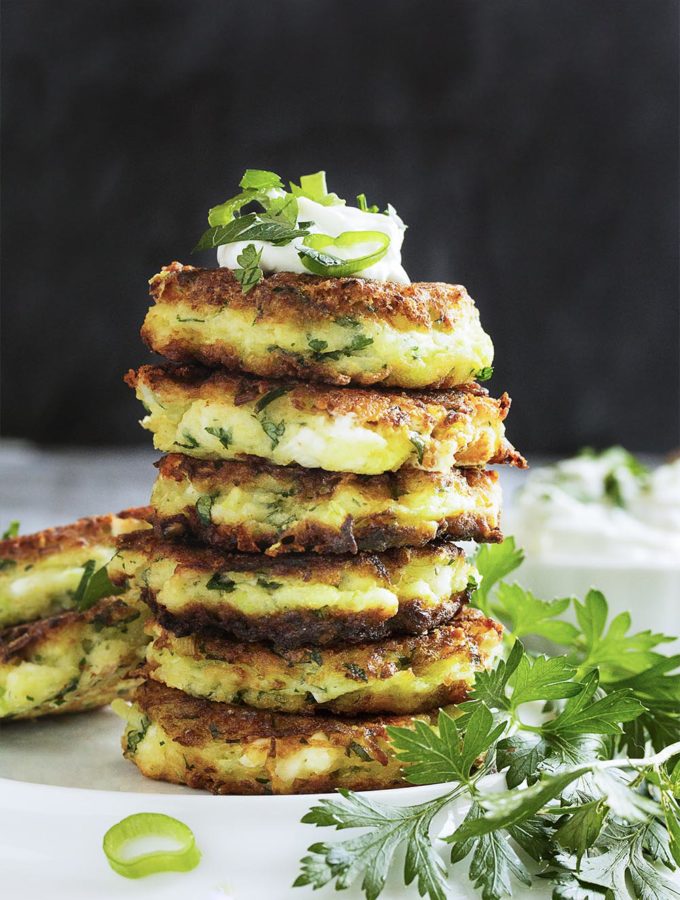 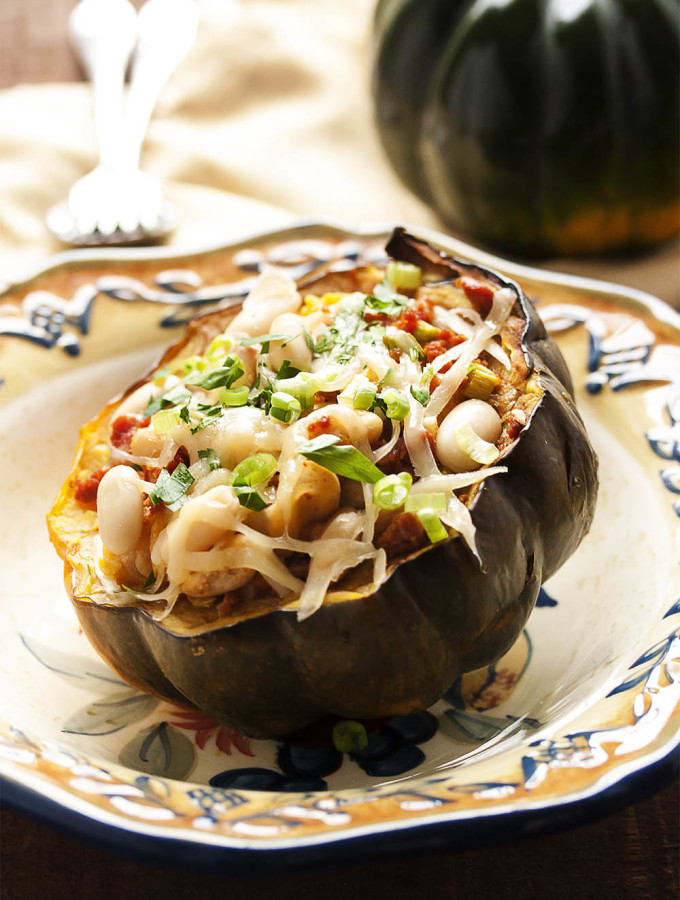 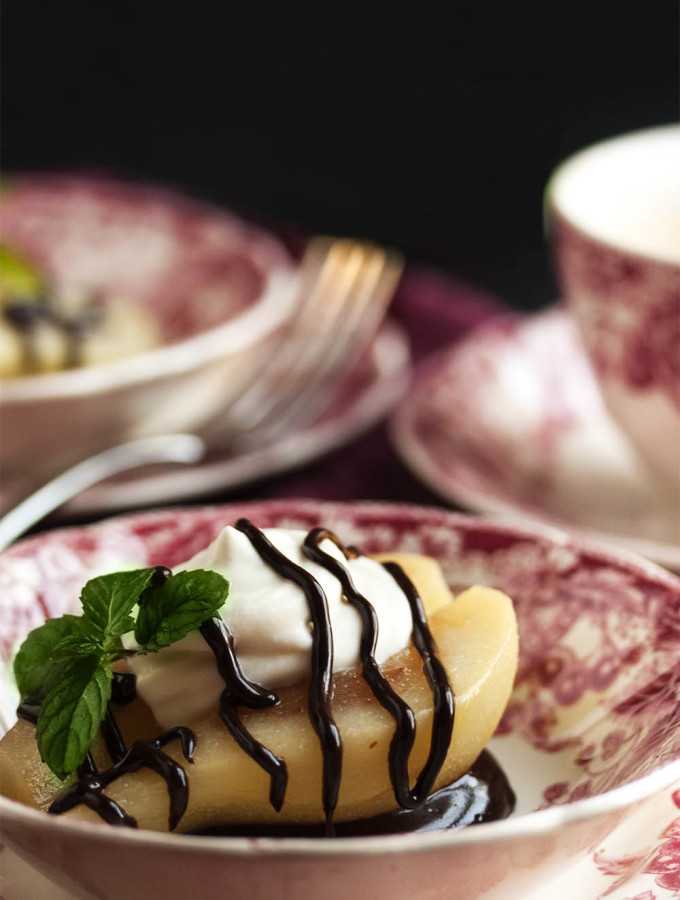 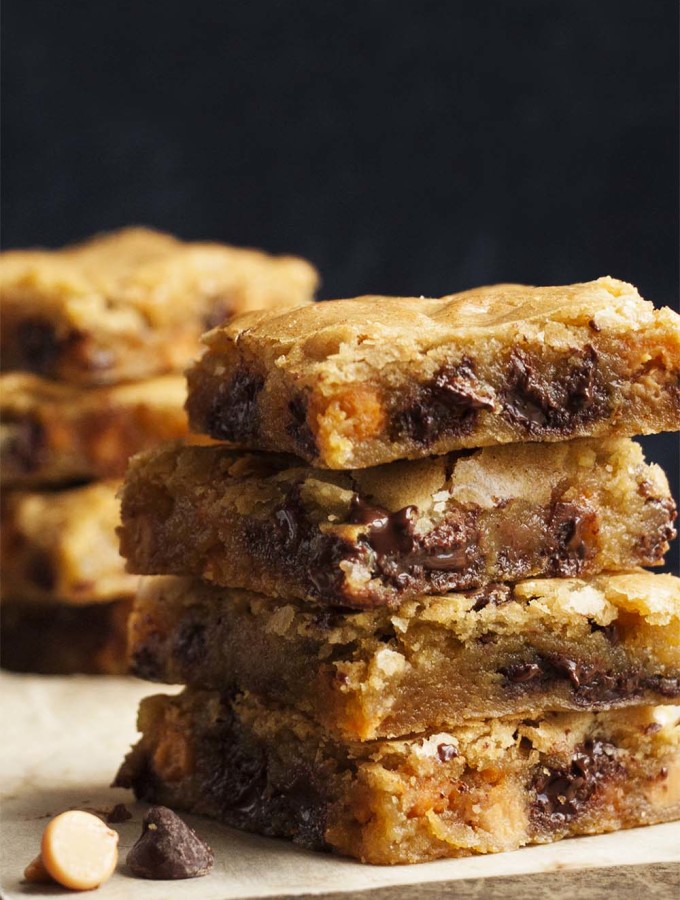 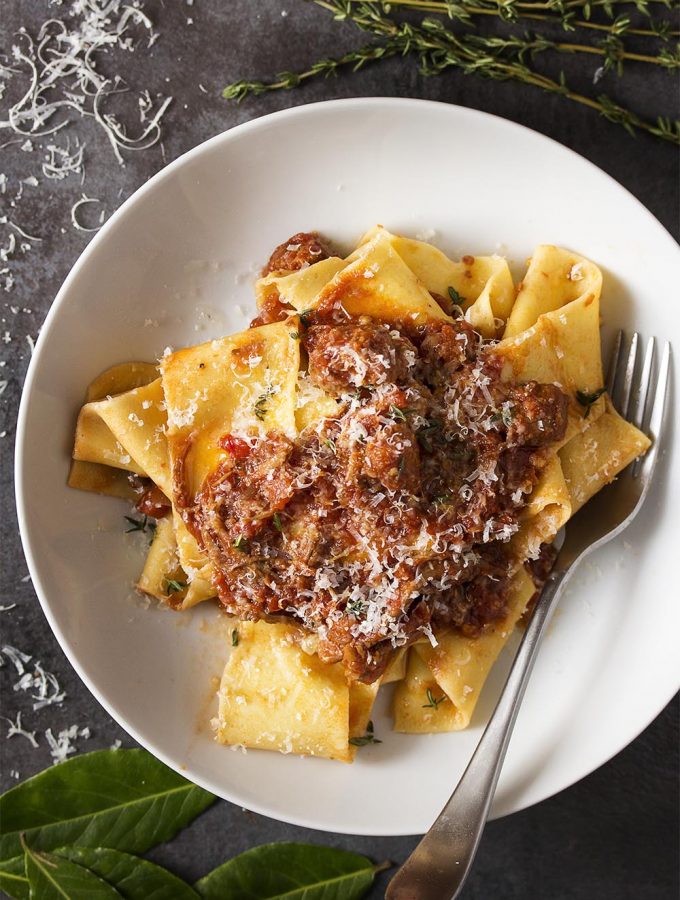 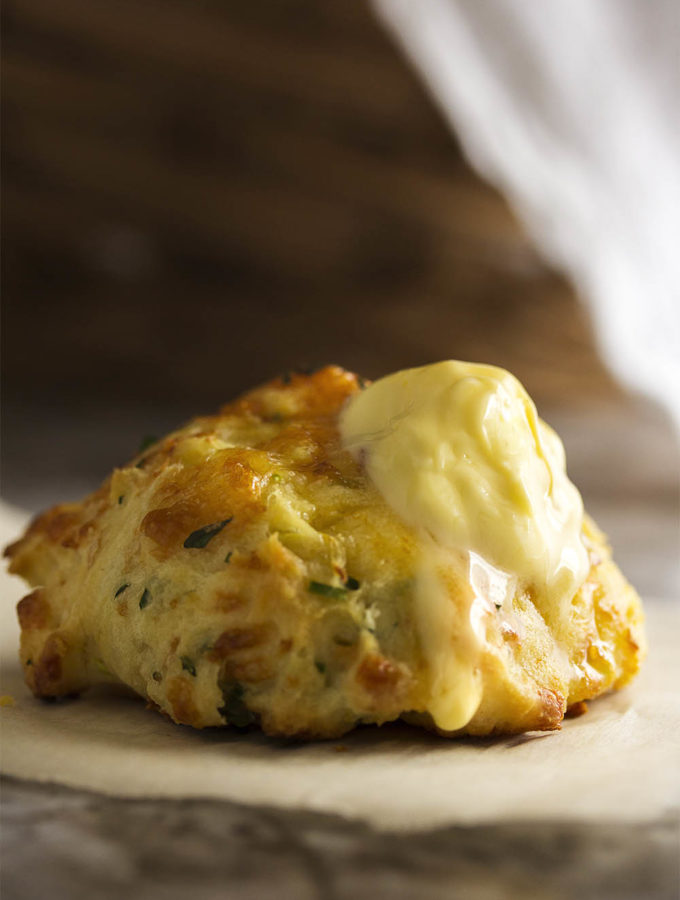 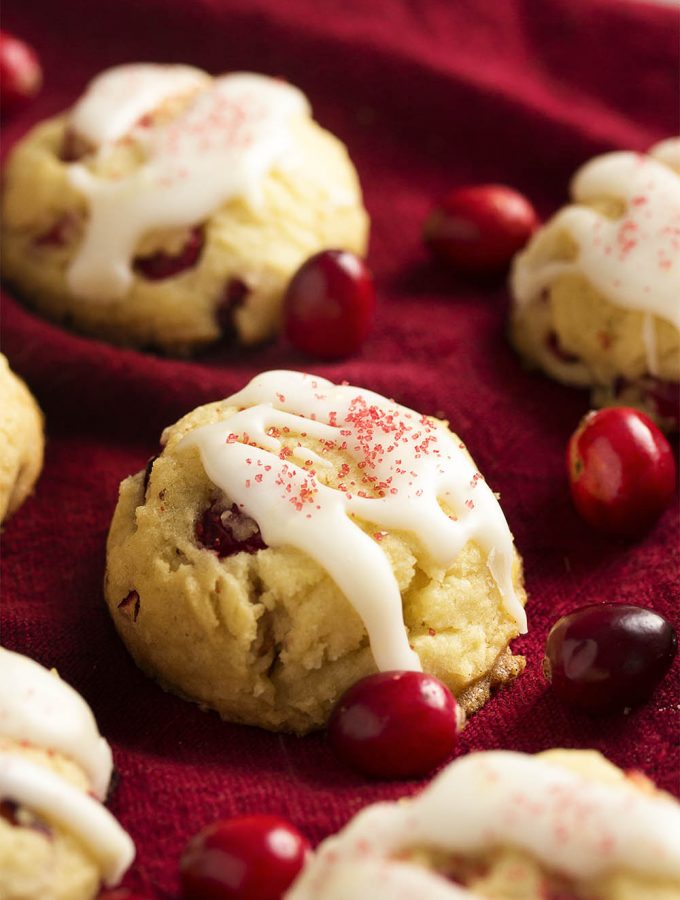