Looking for a tasty and fun appetizer that everyone will devour as soon as you pull it out of the oven? Then these super crispy potato skins are what you want! Small russets are scooped out, rubbed with bacon fat and crisped in a hot oven, then filled with chorizo and manchego cheese in a Spanish twist on stuffed potato skins. Yum! 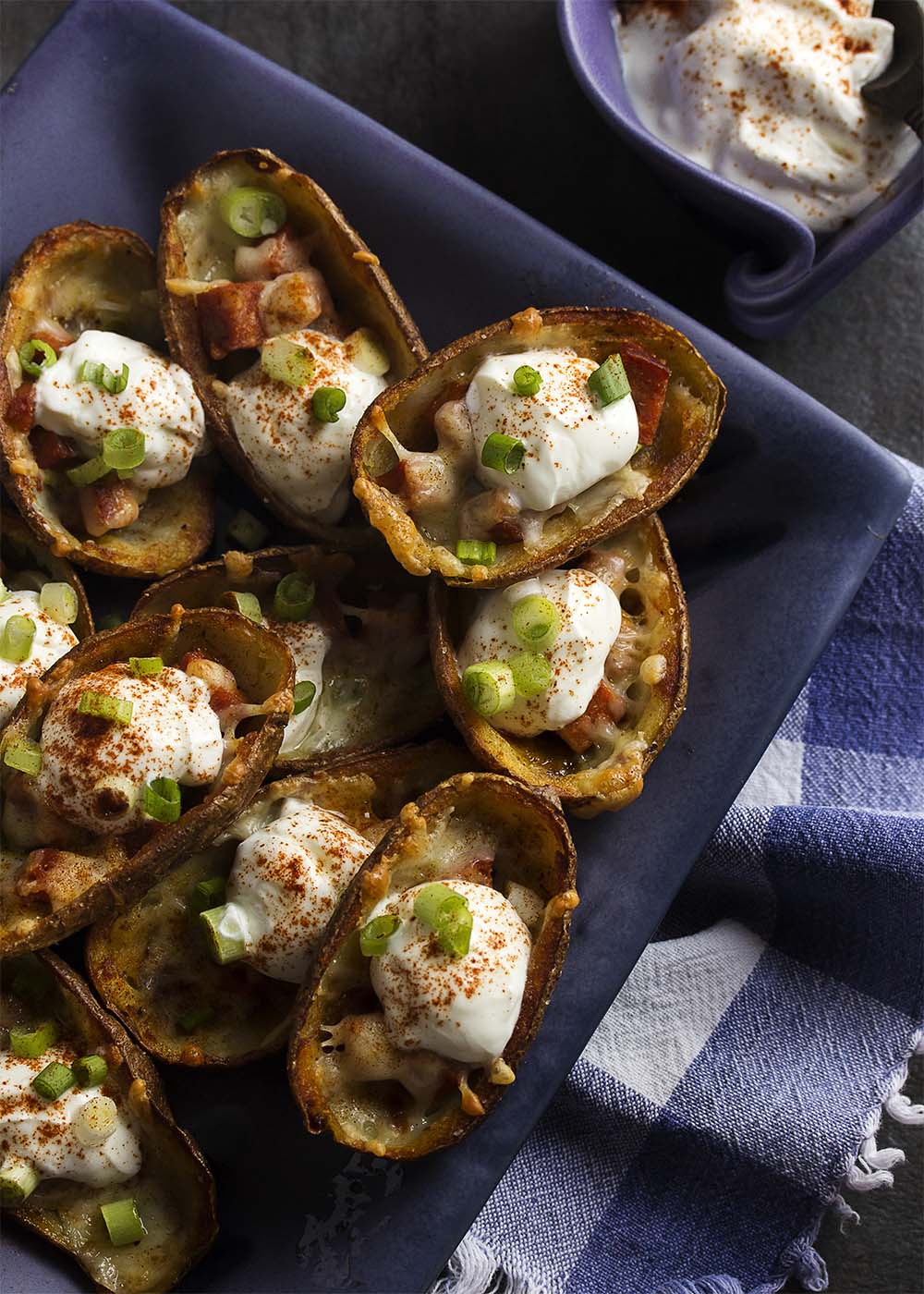 I’m going to let you in a on a little secret now. We are not sports fans here. Shhh….

No, it’s true! There is seldom a TV tuned to a game of any sort and I generally have no idea who’s up and who’s down. However, even I couldn’t miss all the people dressed in Patriots shirts recently. Nor could I miss my husband’s request for chips last weekend. He never asks for chips! But apparently you can’t watch a football game with a crispy snack, and the Patriots were in the playoffs.

That evening after dinner, when he sat down to watch the game, he asked me to make a Game Day snack and post it on the blog if the Patriots won.

Not being a sports fan, or even a fan of parties that involve sports, I’m rather out of the loop on what people eat at such things. But I am a fan of food and I read all sorts of articles and magazines and blog posts involving food, which did give me some ideas. Combine those ideas with the request for chips as a necessary game watching ingredient and I knew I needed something spicy, something crispy, something cheesy, something made from potatoes, and something easy to hold in your hand.

Put all those together and what do you have? Crispy Potato Skins filled with chorizo and cheese!

They have everything on the list and were given the thumbs up from my happy husband. 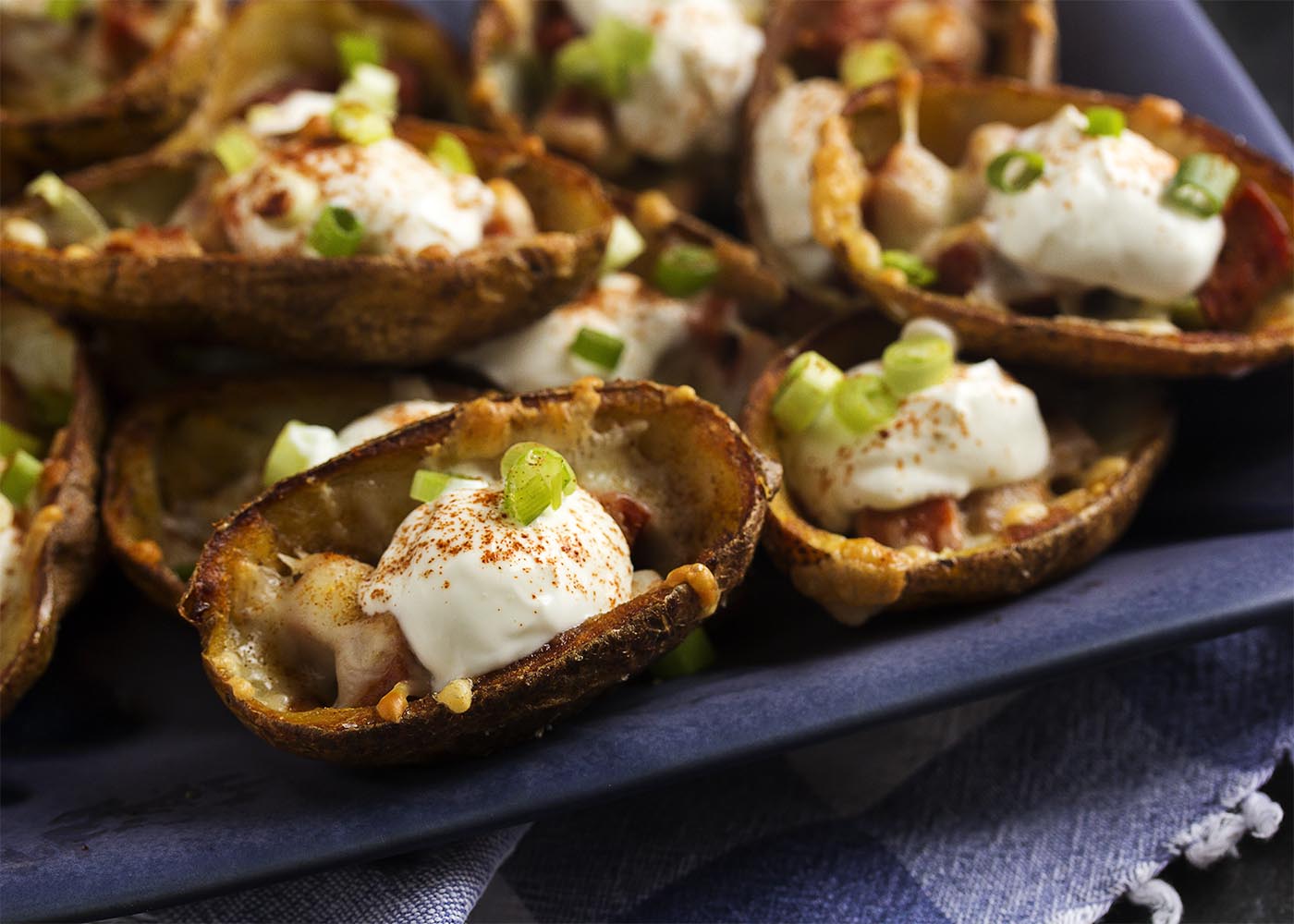 The secret to these crispy potato skins is that you brush them with fat or oil and then let them crisp up in the oven before filling them. This basically turns them into fries before you add all the yummy ingredients and who can say no to fries?

I used bacon fat to brush the potato skins, since I always keep extra bacon fat in the fridge. This is a habit I got from my dad. It’s always so useful to be able to add a bit of bacon fat to recipes without having to actually fry up bacon. Spinach salad with a warm bacon dressing? Coq au Vin? Split pea soup? All improved by a little bacon fat and not always made on days when I feel like cooking bacon. (Yes, it does say a little bit of bacon up there at the top. But that doesn’t mean every day or every week! 🙂 )

If you don’t have bacon fat, worry not. You can of course cook some up and crumble it into the potatoes with the chorizo for an extra layer of yumminess, or you can use melted butter to provide the fat and flavor.

The rest of the recipe is pretty straightforward. Cook up some chorizo (Portuguese or Spanish style – we have Portuguese style around here), shred some cheese, slice a few green onions, and top it all with paprika. Oh, and another little secret here. Adobo sauce! A few drops of adobo into the bottom of each potato skin before you add in the rest of the ingredients takes these from darn tasty to downright addictive.

And, since I’m sure you’re wondering what to do with the scooped out potato insides, I have a couple of ideas! We made Cream Cheese Mashed Potatoes from this batch. Mashed Potato Waffles are an excellent idea too, and I’m working on a recipe for Mashed Potato Bites. 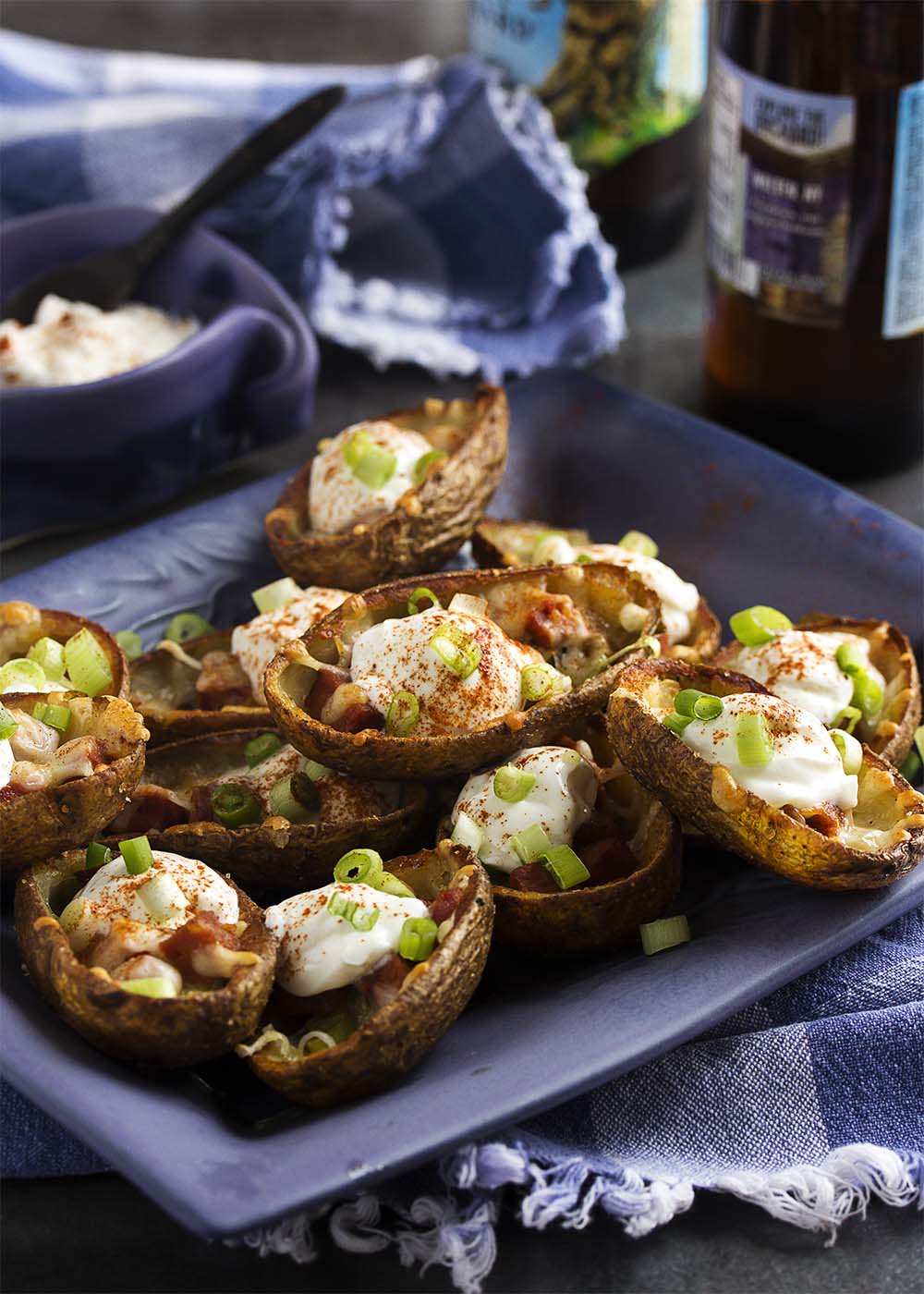 Looking for some other recipes to make alongside these crispy potato skins? I have a few ideas… 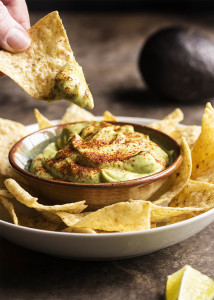 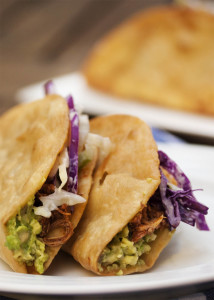 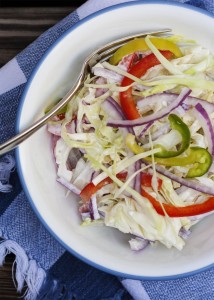 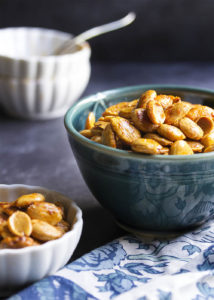 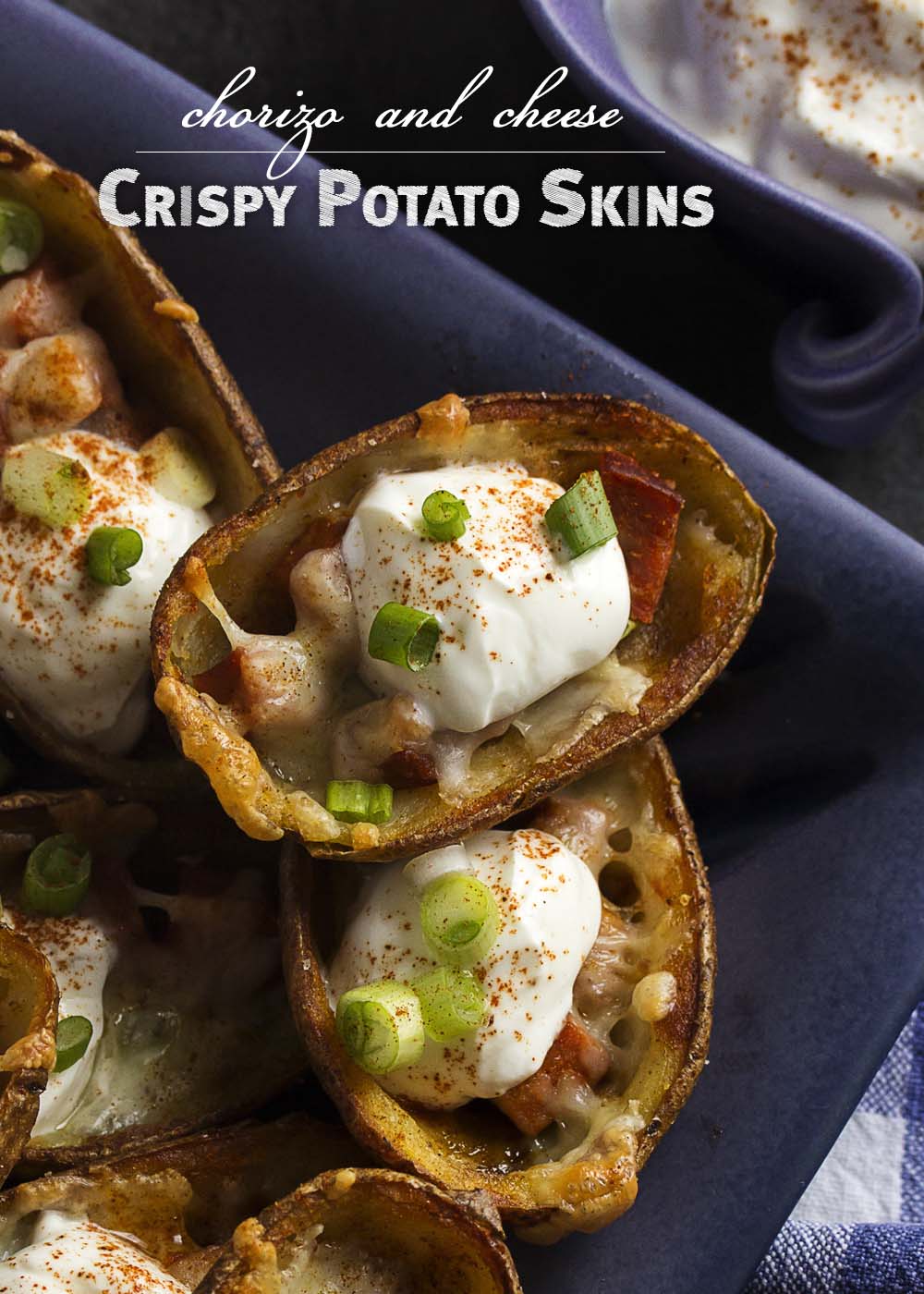 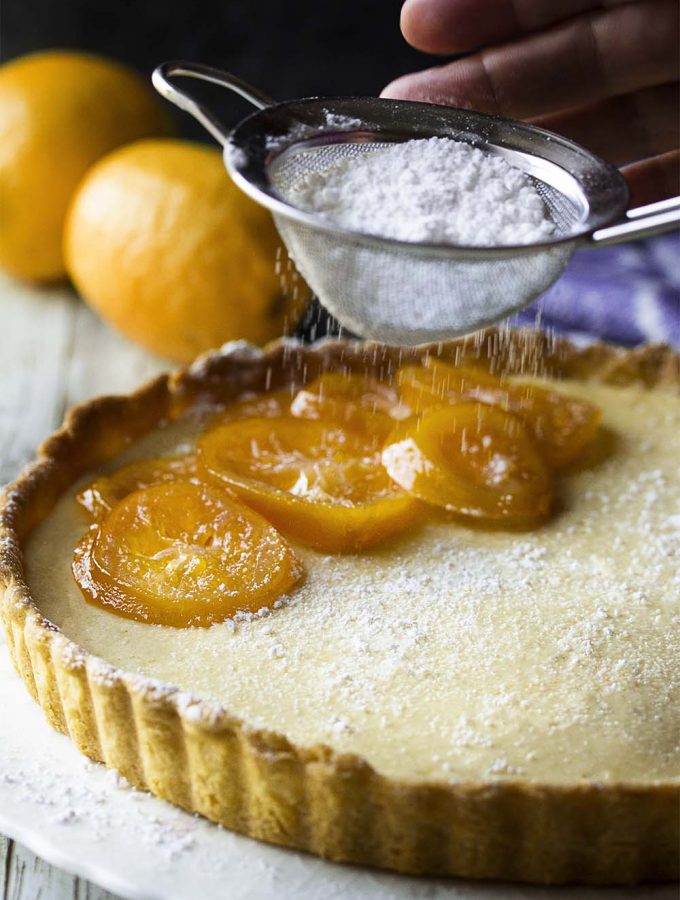 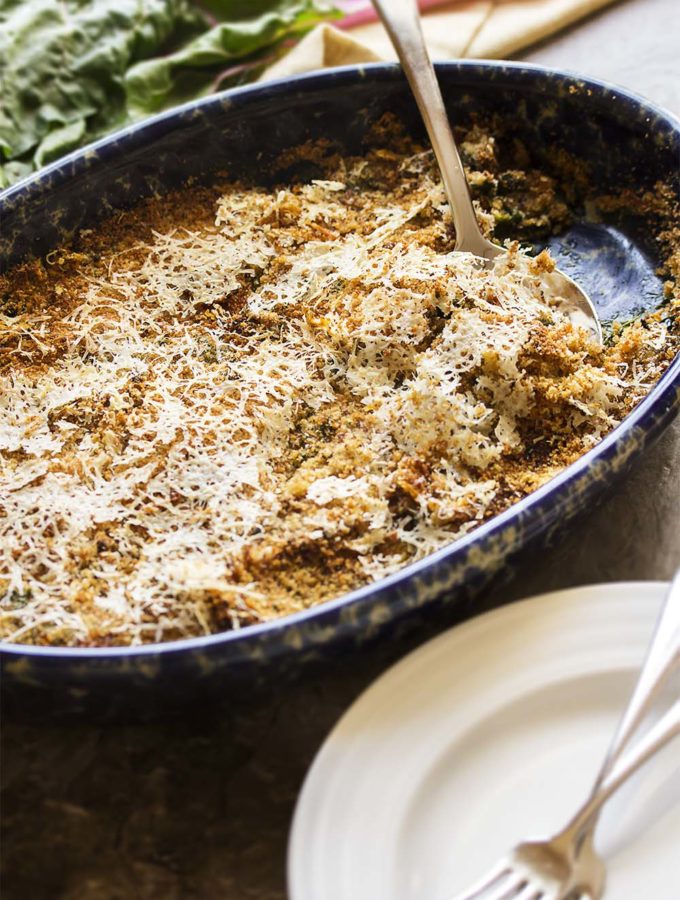 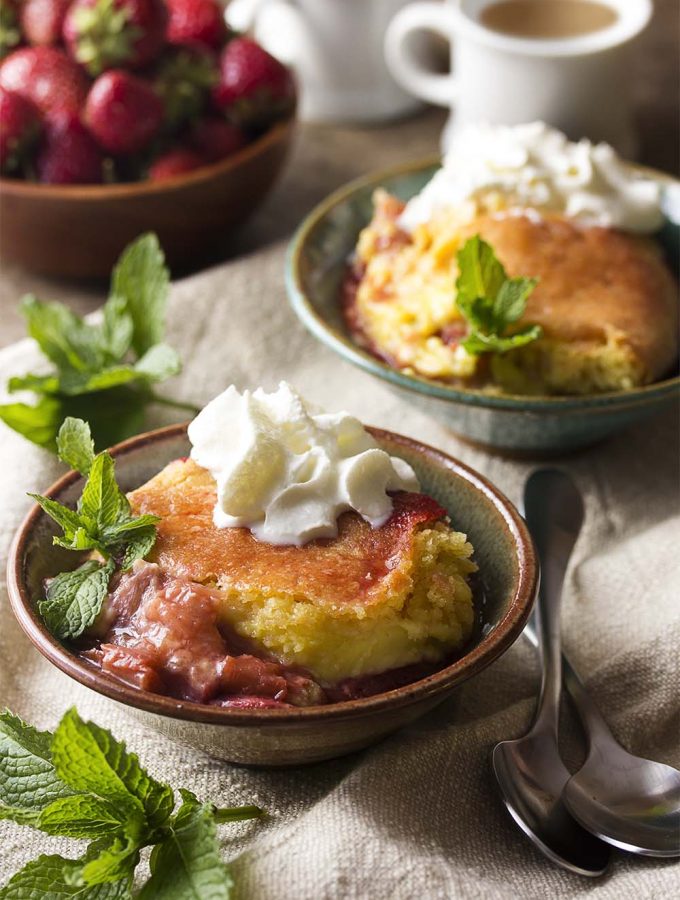 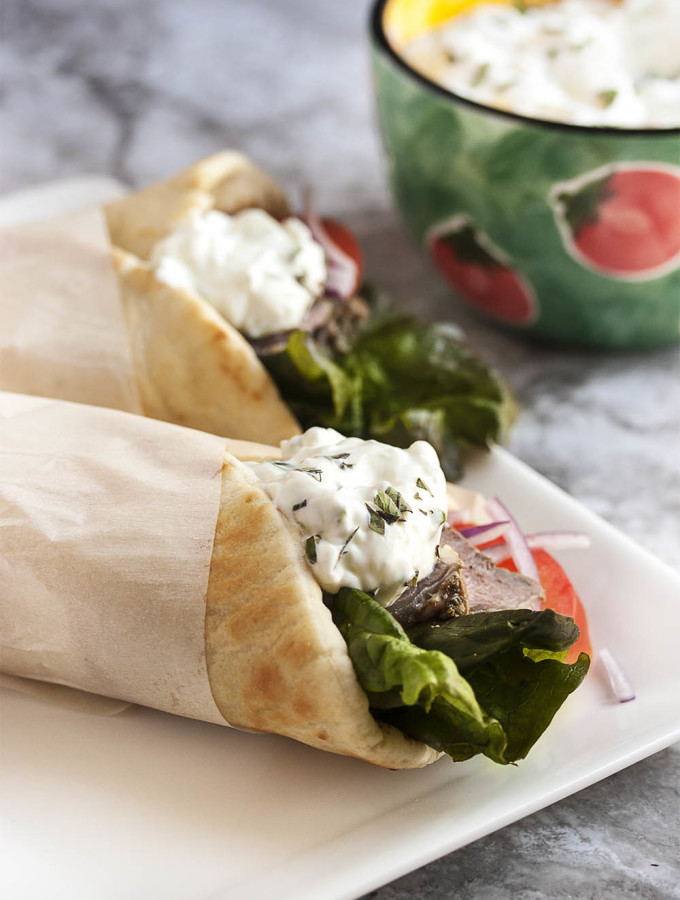 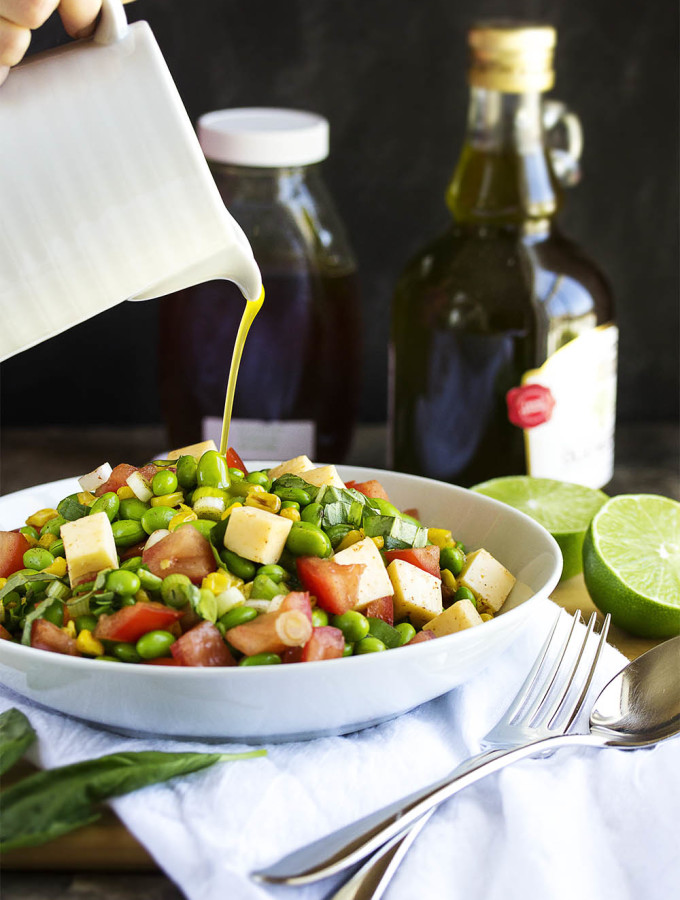 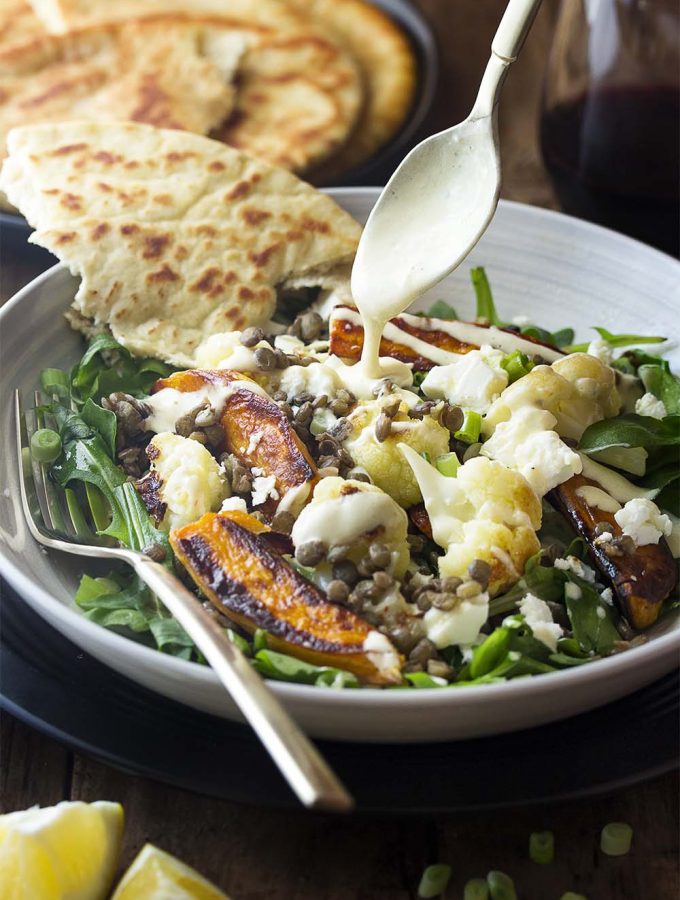 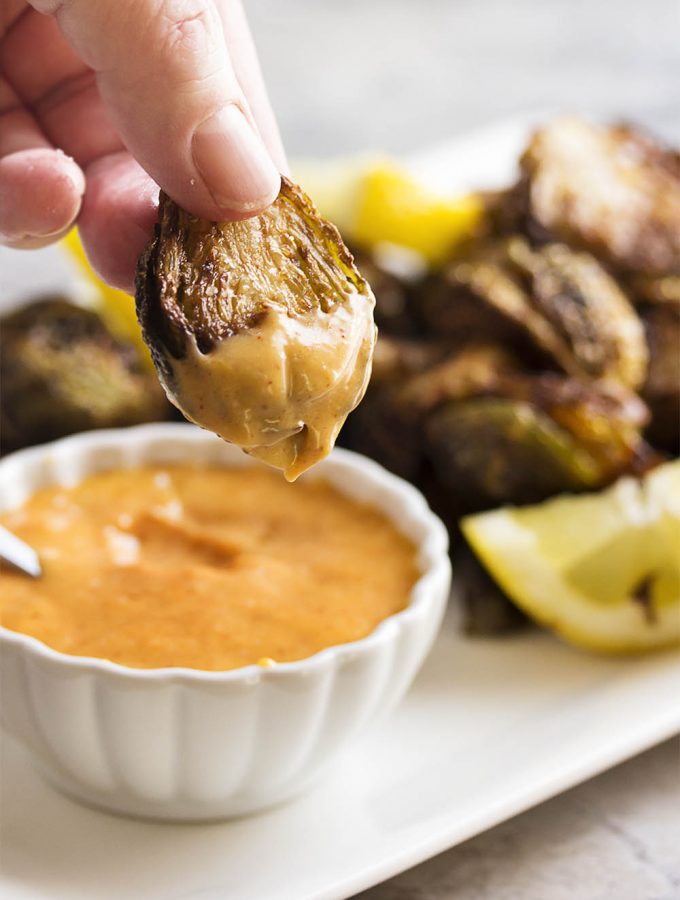 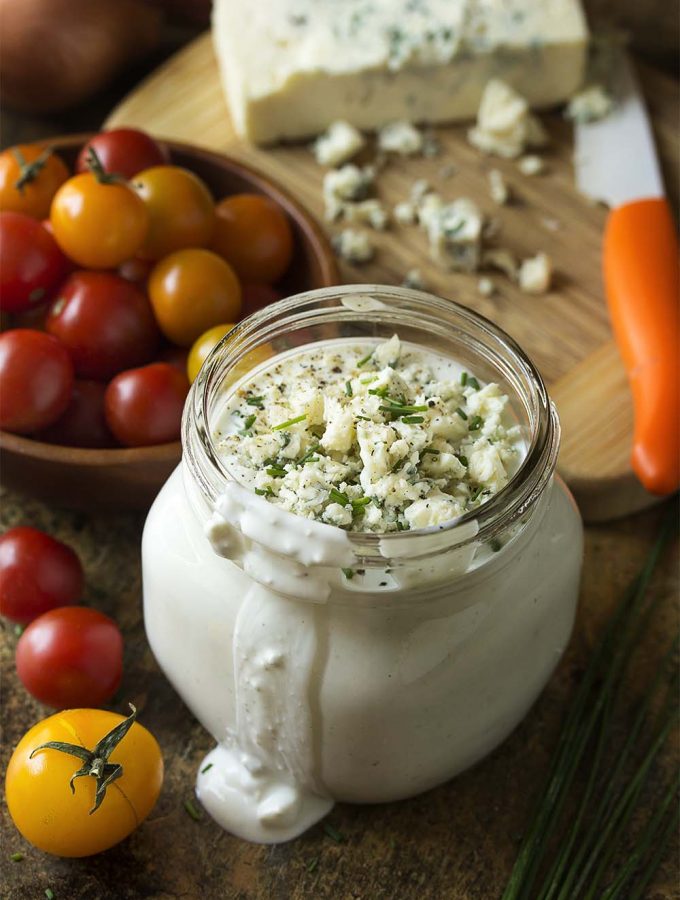 Grilled Butterflied Leg of Lamb with a Herb Rub 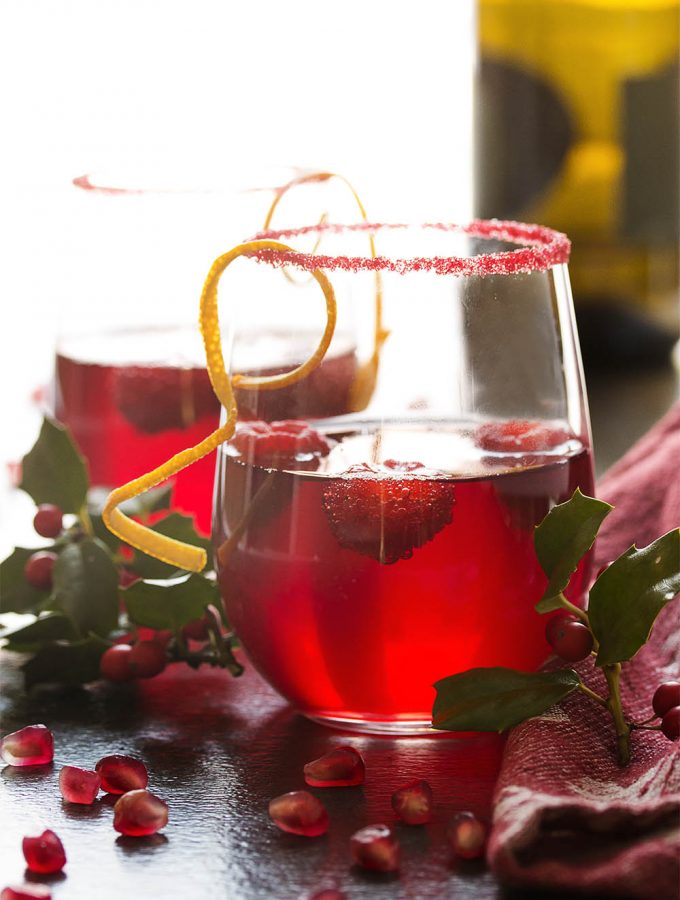 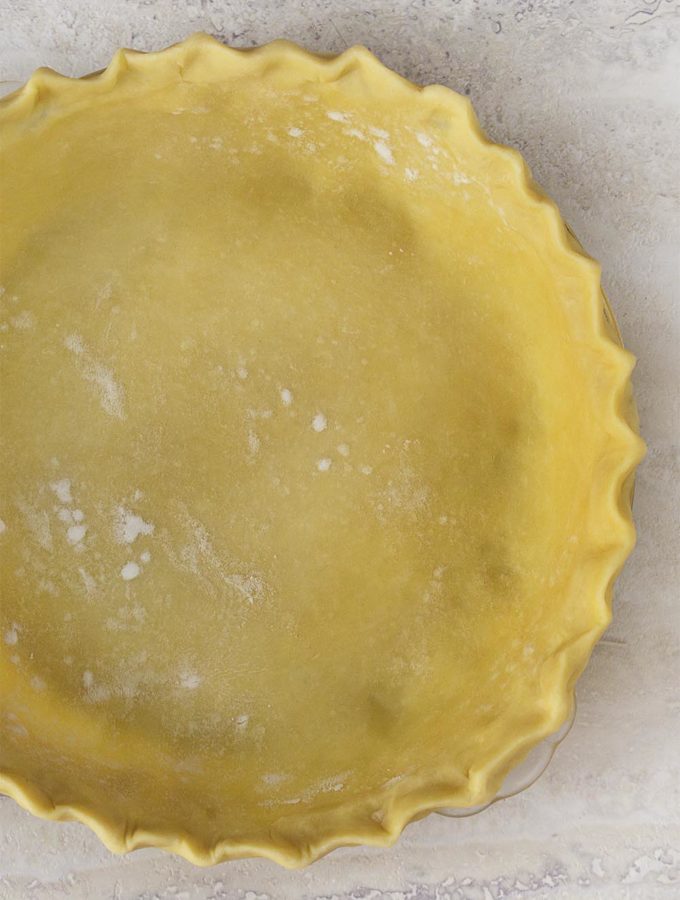